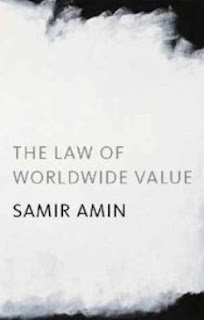 "The Law of Worldwide Value”: Second Edition
Monthly Review Press | 2010
In this extensively revised and expanded edition of the 1978 classic, Samir Amin suggests new approaches to Marxian analysis of the crisis of the late capitalist system of generalized, financialized, and globalized oligopolies following on the financial collapse of 2008.


Considering that Marx's Capital—written before the emergence of imperialism as a decisive factor in capitalist accumulation—could provide no explanation for the persistent “underdevelopment” of the countries of the “global South,” Amin advances several important theoretical concepts extending traditional Marxian views of capitalist evolution. Most strikingly, he proposes adding to the model of reproduction in Volume II of Capital a Third Department of Production devoted to surplus absorption and explores the concept of “imperialist rent” by extending the Marxian "law of value" in the form of a new “law of globalized value.”
Amin sees the present crisis as a moment in the second long crisis of the capitalist system, dating from the early 1970s (the first long crisis, he maintains, lasted from 1873 until 1945). He sees no exit from repeatedcrises under capitalism except the descent into barbarism. The challenge is not to escape from the crisis of capitalism—a hopeless project—but to escape from capitalism in crisis. And Amin reasserts his historical optimism as to the socialist project, expecting a “second wave” of socialist attempts that will stem from the self-liberating efforts of the nations and peoples of the South and will lead to an awakening of the Northern popular classes to join the awakening of the global South. This book has an important place among the theoretical resources for anyone involved in the study of contemporary Marxian economic and political theory.
► Edición, revisión y publicación: Unknown | Choroní, Aragua, VENEZUELA: 6:17 p.m. 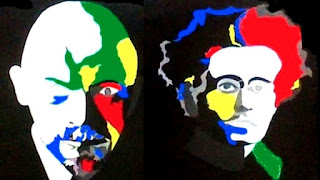 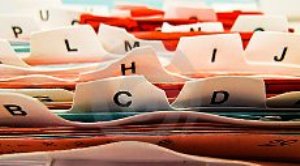